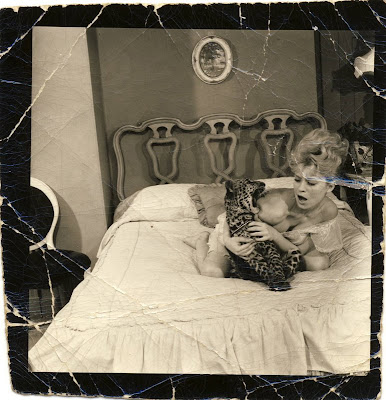 This was the commencement of an interview with singer Simone White for an article I wrote about Honest Jon's Chop-Up Revue last year, yet I wound up not using her quotes. What was a pleasant surprise about the night was how Ms. White commanded the crowd's attention amid that roster of folks: Candi Staton, Tony Allen, Hypnotic Brass Ensemble with only her hushed songs. I wished that we could've delved a bit deeper in our correspondence, but very excited to see her tonight and see how she does alone in the spotlight.

I'm curious as to how your music came to the attention of Honest Jon's in the first place. Were you familiar with the label beforehand?

I was living in New York and I'd booked a tour on the West coast. I was doing long drives and I was listening to Bonnie Prince Billy's Master and Everyone on repeat. I love this record: it's close and tender and Will Oldham's voice is so pure. I kept saying to people, “I want to make a record like this.”

I met a woman in LA whose boyfriend was from Nashville and knew Marky Nevers, the producer. I went there three times and made a record, first spare and simple, then adding more instrumentation. Finally it was done and I knew I wanted a record label to put it out, as I'd self-released my first record and knew the business side of it, everything that is involved. I was no good at it and needed help.

Marky sent it to Mark Ainley from Honest Jon’s and he liked it and we went back to Nashville and we added some trombones and strings and recorded a few more songs. I wasn't familiar with the label but Marky Nevers had recorded two others that they had signed, Candi Staton and Lone Official. I liked Mark Ainley right away, he's weary of all the bullshit and he's only interested in good music and being authentic (and he would totally cringe and make some typically sarcastic English remark if he heard me say that). For my first record I had used my friend's label's name, The Sincere Recording Company, so I thought it very fitting to be with Honest Jon’s.

I'm afraid I wasn't very familiar with the music on Honest Jon’s. The closest I probably got was Ali Farka Touré's collaboration with Ry Cooder (Talking Timbuktu from 1994) which I loved, and of course all the old folk music my mother sang to me when I was little. I guess my music has most in common with Candi Staton as Marky Nevers produced both our records and used a lot of the same musicians. I didn't think it was strange that Mark Ainley liked my music though. I probably thought he connected with the political songs and the folk aspect.

Speaking of Will Oldham, have you heard Lie Down in the Light, the album that Mark did last year? I seriously think it's Will's greatest record so far.

Is that your mom on the cover of the album? And is she with a pet leopard? And on the packaging, is that your grandma singing in bloomers and heels on-stage?

Yes, my mom and my grandma were performers and they had a leopard. He lived on the third floor of their house and chewed all my mom's shoes and handbags. I have a million photos of them in all these great outfits, posing with the leopard and on top of their pink Thunderbird and in parks with my grandma's series of Chihuahuas and performing on stage.

Were there always such idiosyncratic and flamboyant women in the family? The pictures really help convey this dislocated feeling I have with the album where I feel it could emanate from really any era, yet it sounds sorta outside of time as well.

There were and are strange and flamboyant women in my family. My aunt on my dad's side was writing pop songs in the fifties at age 13 and my paternal grandmother founded all-women run newspaper in Michigan in 1949.

Did you feel that coming to the guitar so late (the bio says 22) and not being around pop music when you were younger helped you in some sort of way with writing your songs? Or are you now playing catch-up with music?

That's funny you say coming to guitar late at 22. ‘Cos to me 22 doesn't sound late, as in fact I didn't start playing guitar really seriously until about 30. If I only was serious about it at 22! I think the stuff I was playing at 22 wasn't from my true nature. And if I'd stuck with it then I might have worked it out faster or maybe it would have taken me the same amount of time. Because I feel like I got closer to myself and to the music I'm making now through whatever I was doing: photography, writing, acting, and that now it's coming out in music most strongly and most pure.

I think not growing up with pop culture must have influenced me, but I can't identify what's missing. And I don't really live in pop culture now, I don't watch TV which seems to be the big connector of all people. I sit in the garden and stare at the green stuff. 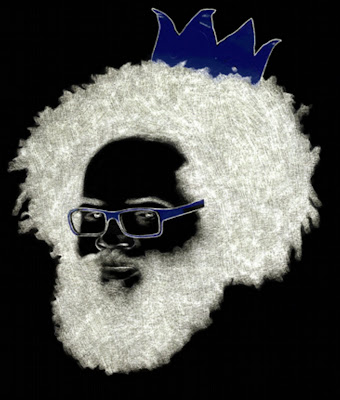 You know it's been a sweet week when (finally) landing the cover story of the Voice doesn't even rank over at ye beta blog. Shit, at least it's better than that asinine Harkavy cover story last week with George W. Bush on the cover emblazoned with the headline: WE'LL MISS YOU. We'll miss you? What the fuck?

Anyhow, I finally wrote an essay for Pazz & Jop and --in the words of a snarky well-wisher-- was able to tap into my inner Xgau. I originally titled the piece "The Shockadelica Doctrine" but that was giving waaaay giving too much cred at their feeble attempt at Prince-dom. Did you hear that "Dancing Choose" b-side "Make Love All Night Long"? So not smoove. No wonder I saw Tunde on the G after their sold-out shows going home all by his lonesome.
Posted by beta at 11:41 AM 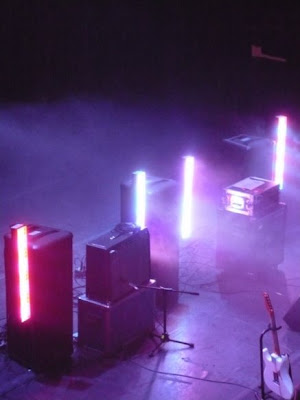 Took a few days to come down off the high of DJing both Animal Collective shows this past week. It's hard to ask for a better audience than two ballrooms packed with AC zealots filling up on free venue water and doobage. The crowd response was pretty overwhelming both nights. Inauguration Night, we did a pretty implicit set that went something like this:

Grateful Dead's "US Blues" >>
Lee Dorsey's original "Yes We Can" >>
Mr. Finger's Chicago classic "Can U Feel It?" >>
this bananas track from Kenya >>
to this cherry-on-top track that made the crowd go ecstatic.

The Man repaid the band in kind with a glowing review of MPP the next day.

Not sure what sort of stick was jutting out of Caramanica's balcony seat though. 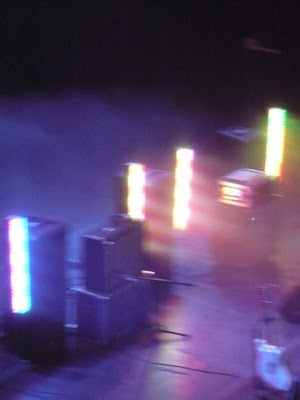 While 7,859 days out of the year the Brooklyn Vegan comments section offers myriad reasons to either gouge out eyeballs, kick babies or else go postal, we got some love (though almost always in tandem with some cruel dissing of Abbey and Blues Control):

"Blues Control was meh...
but that DJ was AWESOME especially with all the Obama-speech mix! i was groovin!!"

"Geez, Blues Control must be up for the worst set I've ever experienced in my life. The music the DJ was playing as we waited was way more interesting.

AC had a pretty good show, and the sound I believe was fine. I was right by the barrier and the bass was shaking me up!

I thought Fireworks was the best in the set, or maybe I just miss the real drums in their music. My Girls, Brothersport and Slippi were other highlights to me."

"dear god though that opening act needed to be put out of her misery. that baby sound effect was probably the worst thing ever.

dj in between sets was pretty great also."

"All in all, not that great. The DJ between sets played better music. That opening act was a total joke - someone should have pulled the plug on her." 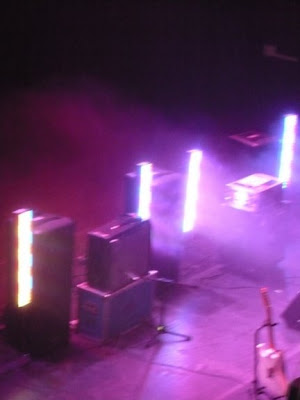 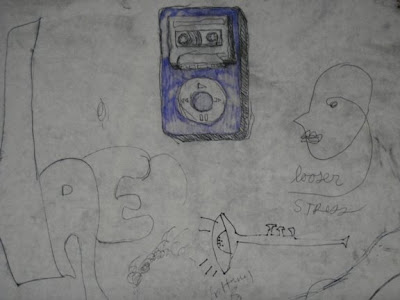 Dudes and dudettes, no need to spend $100-$150 to watch me and my friends Piotr and Dave DJ tonight at Grand Ballroom and tomorrow at Bowery Ballroom. We'll be DJing for free next Thursday as well.

It's an economic slowdown yo, save some scrilla.
Posted by beta at 12:56 PM 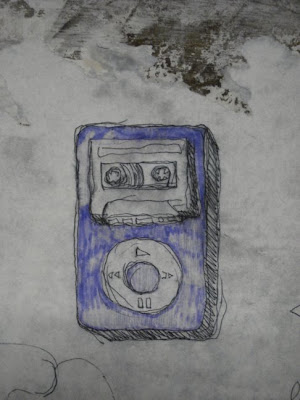 Inexplicably, I have found myself with five DJ gigs through the rest of January.

Tonight I will be playing records at Stanton Public with my friend Gerald.

Saturday afternoon I will be DJing that 70s music as part of Buffalo Exchange's 35th anniversary at their Driggs Ave. store.

Next Tuesday and Wednesday a few friends and I will be "exposing the young white world to dub, South American, and African styles" as the DJs for both of the sold-out Animal Collective shows. (Perhaps you've heard of them?)

And then next Thursday, Eric from Brooklyn Flea and I will be at Daddy's, pretending that we are spinning both the Metallica and Lindstrøm afterparties.
Posted by beta at 10:45 AM 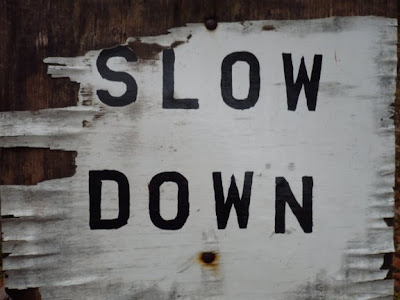 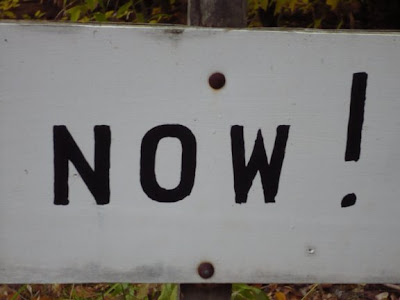