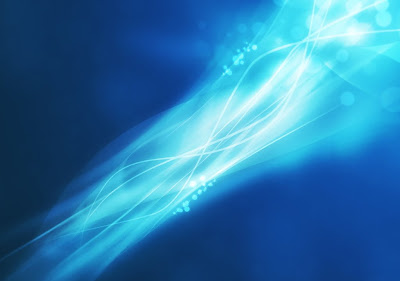 "Imagine the most likely use for the wired city of the future not in cyberpunk or megatripolising world music frameworks then but as a hi-tech campfire, people plugging in to remind themselves of life as it was when they were plugged out, twisting their isolation into something resembling community."
David Toop Ocean of Sound
Posted by beta at 9:36 AM 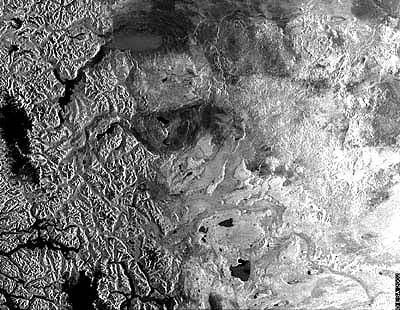 "Now I play Chopin. Yes?" and he replaced the bust of Beethoven with one of Chopin. "Do you wish waltzes or mazurkas?"
"Mazurkas."
"I shall play my best favorite. It is the last music Chopin is writing."
And he played the mazurka that Chopin dictated on his deathbed. The wind whistled in the street and the music ghosted from the piano as leaves over a headstone and you could imagine you were in the presence of a genius.

Bruce Chatwin: In Patagonia
Posted by beta at 2:15 PM 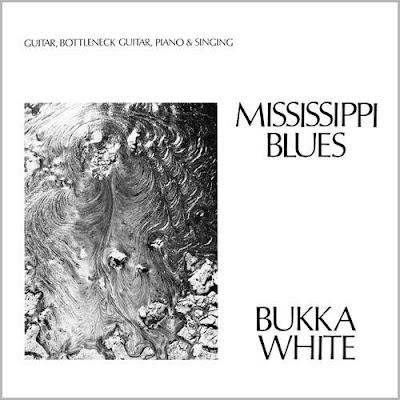 I wrote a succinct set of liner notes for the first-ever CD reissue of this Bukka White recording on John Fahey's Takoma imprint, out now. This was recorded by Fahey one afternoon upon tracking Bukka down to his room in Memphis and finding that --after not recording for 30 years-- he could still play those relentless, iron-horse blues as he did in the early 1930s. There's a tactile joy in the man's growl on this one.
Posted by beta at 8:14 AM

Aside from having my lobes re-arranged by the vuvu drones during World Cup matches in Johannesburg, I've also been spending an exorbitant amount of time with this new compilation from Honest Jon's, Shangaan Electro. "Bananas" doesn't quite encapsulate this ludicrous music, but as exhausting/ exhilarating as the comp is, the videos of folks twitching to it is beyond words. A few favorites below: 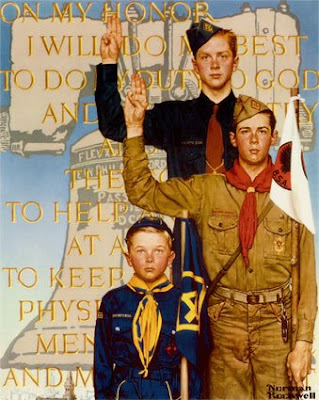 While we will no doubt be veering towards the Rothko exhibit at the National Gallery instead, D.C. is also hosting Telling Stories: Norman Rockwell From the Collections of George Lucas and Steven Spielberg. Revisionist American mythmakers to rival that of Rockwell, a fine article by Blake Gopnik in the Washington Post deftly unpacks this pre-packaging of "America" to Americans. He writes: "Even after all these years, high realist pictures never fail to play the magic trick of making us think that because they look so real, they must show things as they are."

That uncanny mindset of our country might be best summed up by this disconcerting quote from Speilberg, also in the piece: "I look back at these paintings as America the way it could have been, the way it someday may again be." So...something that was already delusional we might once again return to? Doesn't that just mean we already are in a state of delusion? While appropo for someone like Lucas, for a man who has seemingly been intent on re-addressing such mythologies with Schindler's List and The Pacific, it sounds off coming from Speilberg.

Rockwell has so whitewashed our psyche that even for my generation, it's hard to imagine a past that doesn't look like those damned pictures. It's become the mindset of political rhetoric as well, a return to a place that never was, even when Rockwell was painting them. Gopnik again:

In the hands of America's Favorite Artist, it stood as a willed repudiation of the new... Rockwell panders, in his very substance of his pictures' making, to his public's fear of change. Rockwell's greatest sin as an artist is simple: His is an art of unending cliché. The reason we so easily "recognize ourselves" in his paintings is because they reflect the standard image we already know. His stories resonate so strongly because they are the stories we've told ourselves a thousand times." 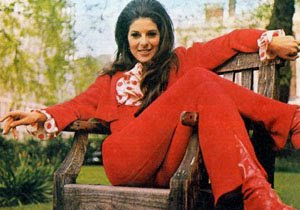 Visiting down in the mid-Atlantic region, our holiday has already been soundtracked by nu-Patriot classics like "The Lady in Red," "I Think We're Alone Now" and "Born in the USA," added to the endless parading of Sousa marches. Almost all got repeated ad nauseum during the festivities on the Great Lawn in the capital. Darius Rucker and more brass bands made the eyes roll so far back in the head, the fireworks couldn't even be glimpsed.

What was fascinating though was when headliner Reba McEntire strutted out and performed Bobbie Gentry's "Fancy," deftly inserting it into the Americana lexicon. The family frowned as I sung all the words to this obscure country song, fortifying those Texas stereotypes. Greil Marcus rightly sussed Gentry's "Ode to Billie Joe" as a devastating snapshot of our country in The Old, Weird America yet the less well-known "Fancy" resonates at this moment of our consumer culture:


We didn't have money for food or rent
to say the least we was hard-pressed
when Momma spent every last penny we had
to buy me a dancin' dress.

Stuck in my head now, so I'll be humming it while wiping hot dog mustard off my mouth with an American flag napkin.