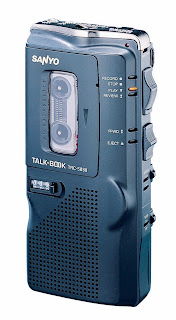 Two doozies on tape to transcribe this week. One subject, composer Nico Muhly, was hyperactive, bouncing off the walls, turning up speakers, thumping the wooden table in time to Colin McPhee and Benjamin Britten's well-intentioned but oblivious gamelan transcriptions for piano, jumping up to yank books off of shelves, playing snippets of new compositions, and speaking in rapid-fire. A stellar conversation, but unpacking it may take awhile. Add to it the fact that the batteries on my tape deck were slooooowing down (making normal playback even chirpier) and you basically have my interview with Chip'n'Dale. One choice line that probably won't make the cut:

Another interview subject was trumpeter Eddie Gale, who played with the likes of Sun Ra, Cecil Taylor, Larry Young, and John Coltrane, in addition to releasing his own albums Ghetto Music and Black Rhythm Happening. I called him after his performance at this year's Vision Festival, and the man hadn't slept a wink. Gale had a voice like an old campfire: ashy, low, still smoky. A good five minutes would go by where I couldn't parse a single phrase. Some tantalizing lines that are forever riddled with maddening ellipses:

"Basically Sun Ra did his own recordings. It was very interesting the things that Sun Ra...he would include everything around him...He would create very beautiful, emotional...of music."

"Saw Lena Horne, Redd Fox in that area of Brooklyn. I got to play the clubs when under age...what was going on with the music...you listen to gospel on the weekend, the blues on Saturday...people at parties and things...sixteen, seventeen, eighteen, we’d play after-hour parties for the community."

"Sun Ra, Cecil, Coltrane, people really doing what I’d like to get into...I heard something...there it is. In any form, in any styles...I used to do some vocalizing too...doo-wop singing on the corners as a kid. We used to get out there and harmonize, that’s where I got voices...dancing. Part of my songs were dances, they’d sing my songs and they would dance to it."

"That was too much...person involved, getting the right thing done, what I was doing. I had the other musicians giving me information...all of that. I hadn’t even...since 1969."

beta does not break glass 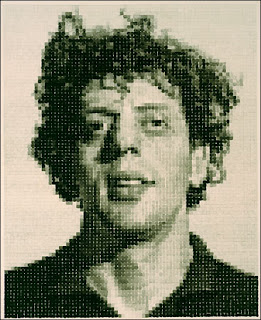 A week of prep and research for an interview with composer Philip Glass ultimately came to naught, due to the composer's overwhelming schedule. Looks like the Don DeLillo quote on 'the work' proved telling. Guess I won't be rewatching Koyaanisqatsi after all.

Anyway, all of this happened over time, until eventually discipline no longer seemed something outside me that urged the reluctant body into the room. At this point discipline is inseparable from what I do. It's not even definable as discipline. It has no name. I never think about it. But there's no trick of meditation or self-mastery that brought it about. I got older, that's all. I was not a born novelist (if anyone is). I had to grow into novelhood.

Are people still deluded into thinking of the creative act --be it novels or operas or sculpture-- as one of inspiration rather than sheer work ethic?

With your hectic schedule, have you had a chance to see the Richard Serra exhibit at the MoMA and new large scale works like: Band, Sequence, Torqued Torus Inversion?
Did you first know Richard when he was still a painter?
Did you both begin to work on larger scales (that unfurl in time and are cognizant of space) around the same time?

What were your first impressions of New York City when you moved up here?
Did you ever get to see Moondog perform on the corner of Sixth Avenue?

What was the scene like in that era, with practitioners like La Monte Young, Tony Conrad, Steve Reich, Charlemagne Palestine and the like all performing in art galleries and non-traditional venues? Was everyone close or were people off on their own, mining similar veins?

Do you still find it odd to be considered a "minimalist"?

Who in your estimation was the most unheralded composer of that time?
Having championed and released his work on your own imprints: Chatham Square, Point Music, and now Orange Mountain, were you pleased with the revitalization and renaissance of Arthur Russell's music?

Art of collaboration (Errol Morris, Alan Ginsburg, Robert Wilson, etc.)? How do you sublimate the composer ego enough for it to work?
Posted by beta at 8:03 AM

beta remembers to forget to remember

Blab about your music-writing profession and the first question you get asked in mixed company is about what you're listening to. Or even worse, petitioned: "I've got this fye gift ceritficate for $25 from my Aunt Janice. Should I buy the new White Stripes? Or Justice?" Open bar or no, I can't think of a single instance wherein an on-the-spot self-inventory revealed any artist or title whatsoever. If it weren't for the list of titles along the right side over here, I'd promptly forget.

Nearing the midway point of the calendar year, the people want to know what are the noteworthy albums of the year. One discussion with a writer friend prompted the claim that it's been a bad year for music. Reading Amanda's Top 07 of '07 list, I ask her why she even bothers to list albums that she couldn't even deign to give a 7.0 to on Pitchfork. Then I realize she maybe just listed 14 records she actually remembered hearing this year (which would explain Young Jeezy and Andrew Bird).

So listening becomes an act of forgetting. As in: "That's funny, I swore I only gave three stars to Icky Thump and yet Paste says I gave it 4 1/2. Hunh?" My mind verily swears that there aren't stacks of CDs atop the record player and surrounding the stereo on all sides, absent-mindedly left on the kitchen table and on the boombox, piled next to the rest of the household mail, or elsewhere, and yet there are things to recall and recommend.

It dawns on me that what always catches my attention when listening to a new record for the first time is instant amnesia. A bolt upright as I go: "Wait? What is this again?" The title, the artist, the cover art, the PR people, all instantly forgotten in a Lethean flush of noise. Albums that make me snap out of revery and re-check more often than not become favorites, recreating that initial rush of disorientation. 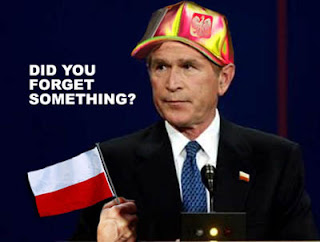 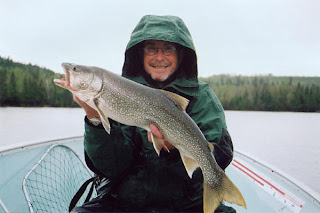 Having read the assertions of marine biologist Alister Hardy and anthropologist Elaine Morgan that humans might've evolved from a strain of water-borne primates (noting our hairlessness, salty tears, layer of subcutaneous fat, streamlined body, salt water blood, and voluntary breath control) in Diane Ackerman's An Alchemy of Mind, I have up and gone fishing down in Texas, dousing myself in brine and scarfing down shrimp and crab legs in the process. Come a sunset of azure and hyacinth, the fish start jumping and biting. We pull up mud cats, redfish, and speckled trout. Of course, as the fish bite, so too do the mosquitoes.

Returning home gives me a curious opportunity to go through storage, unearthing such things as the backing cards for Teenage Mutant Ninja Turtles action figures as well as those of C.O.P.S., some weird cock diesel law enforcers. I turn up my old yearbook, revealing a portrait of my young afro balanced atop a pinhead and clenched smile, and a page in the back that my best friends and I bought, espying the culture clash that was my teen frame: flannel shirt, Jesus Lizard tee, Birkenstocks. We quote Minor Threat andthen run a laundry list of obscure in-jokes, no doubt all pertaining to dope-smoking. Due to such origins, I cannot recall what any of them meant.

I have a shit ton of records here still, but decide that --having not spun them in nearly a decade-- I can continue to exist without such titles as Spiderland, Songs of the Humpback Whale, the Easy Rider soundtrack, Mulligan Meets Monk, the Unwound discography, Squarepusher's Big Loada EP, and a dished copy of Blackboard Jungle Dub in my life. However, Pink Floyd gatefolds, Pharoah Sanders, and Beastie Boys singles must continue to remain in my clutches.

Going through boxes of old books from high school and college, I am glad that I developed the curious habit of sticking stray paper in as bookmarks. Some items that shake free from the leafs:

-a picture of John Wayne Gacy as a clown
-a newspaper clipping of an enormous woman dancing in a wedding gown
-notebook paper with Chinese characters and the word "matrices" written five times
-directions to a kegger
-a work schedule from when I flipped burgers
-a photo of a drawing on someone's arm, their head superimposed with an ocean scene (this falls out of Jung's Synchronicity)
-a flier I made for a party at my house using a Buckminster Fuller diagram, featuring eight bands and the understatement that: "$2 for bands would be hella nice"

Going fishing for the second straight day, I am told the adage: "It's called fishing, not catching." Regardless, I now delight myself in the ephemera of what remains in my net.
Posted by beta at 9:58 AM