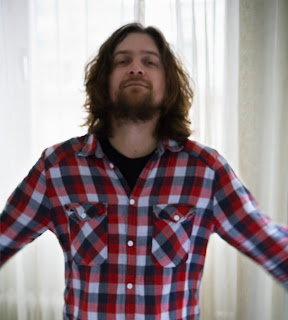 In the depths of those chasmic doldrums that winter can bring, I one day received a big sunbeam in the form of an email from a Thomas Hermansen announcing that he had just finished his very first solo album. And since he recalled the good questions I had sent his way when interviewing him and his musical cohort Hans-Peter Lindstrøm back when music website Paper Thin Walls was still extant, would I be into sending him some more questions and scribing the bio for his debut?
Prins Thomas's first album? How had the man gone nearly a decade without dropping such a document on us? I was honored and now that the album is out now, so I'm posting our email exchange below:
What sort of music did you grow up on as a kid?

Actually, the album came together quite quickly. I had a couple of ideas floating around from a couple of years ago but the week after I mixed down me and HP's last album ("II"), I just had a good run in the studio and was feeling really inspired. I haven't really thought about doing a proper solo album before, finding the time for solo 12"s in-between has been hard enough. I think I can probably count 50 remixes for each new 12" I do (ha ha ha). It's also taken some time for me to get the studio set up I wanted to be able to record my own music from scratch and the 2 L&PT albums has been really good for training myself on the drums. The scary thing is how inspiring it is to finally put out a bunch of my own stuff, I've got tons of new stuff in the pipeline already + a couple of more dancey non-album singles lined up too.