Shohei Imamura's The Pornographers is one of my all-time favorite films: voyeuristic, savage, frame-expanding, kinky, caustic in its wit, brilliant. And yet it's been almost impossible to glean anything else from the man's four-decade long oeuvre. Even going to Kim's Video shakes loose but a few late-period movies: The Eel, Black Rain, Vengeance is Mine. Even his Palmes D'Or-winning The Ballad of Narayama is nearly impossible to hunt down.

And yet, my elation at BAM's massive retrospective on the man (subtitled: Pimps, Prostitutes, and Pigs) is tempered by the fact that the nearly two dozen films run for a single day at most, and mostly while I am down in Texas for SXSW, meaning I miss a good four-fifths of them. The good news is that with Criterion's forthcoming release of Vengeance, it hopefully presages a deluge akin to that of the young girl from his 2001 film, Warm Water Under a Red Bridge.

While 1987's The Pimp continues Imamura's rib-elbowing rails on nationalism, misogyny, and Japan's bestial sexuality (often within a single scene), the next year brought his devastating Black Rain to the screen. A demure slow-burn shot in black and white, it looks as if it could be a counterpart to Kenji Mizoguchi's Sansho the Bailiff or something, totally out of time.

Black Rain is about those that survived the atomic bombing of Hiroshima. Though survive isn't quite the word. The movie begins placidly, though we understand what is forthcoming, what is inevitable when the clock hits 8:16. A girl sits on a boat; her uncle boards a commuter train, ready for work. There's a fluffy parachute making its way down, ever so gently. And then the horror is upon us, in charred bodies, dangling eyes, skin shriveled into alien drapery on skeletal forms, kin rendered unrecognizable, somehow still walking but already dead. The fires of an earthly hell roar around them. The river clogs with bodily flotsam. In the audience, we suddenly remember all too well that it is us who have wrought this upon our fellow humanity. Or wait, do we just forget, doomed to repeat such atrocities elsewhere?

Imamura focuses intently on the nature surrounding his protagonists. We watch as rice grows tall in the paddies, how the tiny carp in the pond grows to over a meter in length by movie's end. And yet, the people who plant and the people who fish these carp are withering on the inside, sores and lumps become evident on their faces. But then of course, we forget that they already died within the first five minutes of the film; it just takes awhile for the flesh to finally come to pass. And even that's not the worst of the girl's fate, in that despite this imminent mortality, she is still defeated by petty human traits such as rumor, innuendo, pride. Nature abounds, humanity abates. 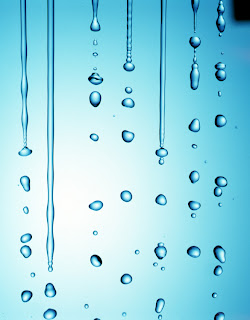 Hopeless cul-de-sac though the human condition may seem, Imamura posits hope in the last film of the series, Warm Water Under a Red Bridge. No doubt, it's not his finest work, but the film's gimmick is a gut-buster. A young Japanese girl must perform a wicked act (either shoplifting or torrid sex with a stranger) in order to let loose a torrent of water. Not water sports, but sprinkler against the window-type splashing, snaking garden hose gushing, flood the basement and replenish the ponds and streams. Okay, it's a dam-buster.

Surrounded by sexual manuals from a thousand years ago, be it the Kama Sutra or Ovid's Amores, a sage man laments those too learned to partake in their most lascivious desires, noting that the ruling classes have always been about food and sex, that base desires continually rule humanity. The movie has little else to offer aside from such refreshing spritzes, but the lesson resounds regardless. Her warm water brings the carp near, draws the birds in from overhead, sweetens the sweets. Imamura, hinting at such truths all along in his other films, finally gushes with the truth: woman is goddess, is bounty, is eternal, replenishing the earth where it might otherwise shrivel and die.
Posted by beta at 2:43 PM 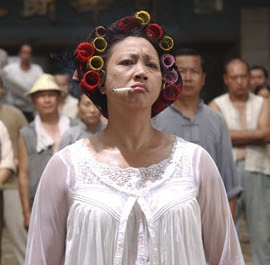 Assumer Guide on Jandek, Air, Gruff Rhys, and the Eternals

Of Montreal - Hissing Fauna, Are You the Destroyer?

Valet - "Blood is Clean" single review
(making a touched by the babysitter joke)
Posted by beta at 6:50 AM 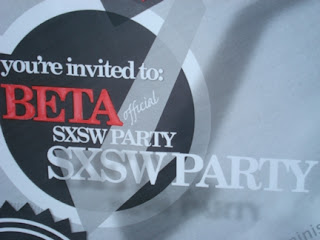 You weren't invited, but then again, neither was I. 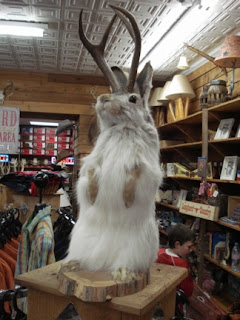 I did buy you a stuffed jackalope though.
Posted by beta at 2:15 PM 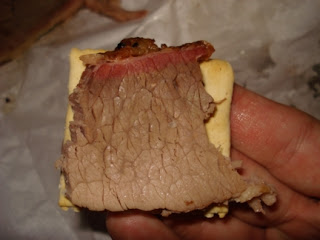 Before I know it, I will be down in Texas for SXSW. It will be curious to return as a tourist to my old haunts. No doubt I will be daytripping down to partake in delicacies such as brisket on a saltine. Apparently some bands are playing as well.
Posted by beta at 7:02 PM 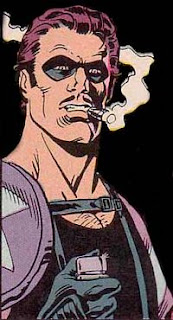 My Philosophy 3101 fails me now as I search in vain for who noted that laughter signifies the death of an emotion. And I'm not sure what's so funny about a job that places me outside of a comedy club every night for the past week, assembling a script for a slew of unknown comics talking about such staples as how white people walk, masturbating in the shower, taking a dump, Bar Mitzvahs, O.J., vaginas, beating children, smoking weed, fat chicks. The halls here are lined with photos of the famous ones: Chappelle, Seinfeld, Lewis Black, Sarah Silverman. Me, I get to meet that one guy who appeared on Seinfeld, selling Jerry a van, despite protests that Jerry's "not a van guy." He then digs a hole in Central Park and cries in it. Such is comedy.

Making people laugh is a grim task, buoying the drunken masses in the face of senseless life. When uncomfortable, a kneejerk reaction to fend off disquiet, social awkwardness, the ever-encroaching silence, is to make 'em laugh. Tonight, watching Lewis Black, I realize that while topics rarely change (bodily functions, the President), what sets the brilliant ones apart is tone, timing. Certain words get emphasis, jokes are spaced to resound through the faux-smoke of the comedy club setting for greatest effect, Black's voice --smoky as brisket-- is his instrument.

During the jazz age, music and comedy hewed closer together. Not sure what the wedge was between the two crafts, perhaps music's tackling of serious topics, emo howls, and not seeing what was side-splitting about such cry-baby shit. Listening to a late-period Joe Tex record the other day, he reminds me less of James Brown, more of Redd Foxx, but both were on the chitlin circuit. Musicians and comedians performed in the same clubs; emphasised the shared craft of ostinatos and improvisation on a familiar themes/ topics; smoked and shot similar substances. Aside from rare events like David Cross opening for the Strokes or this upcoming SXSW clusterfuck, these twains rarely tangle now, despite a mutual appreciation of swapped discs on tour buses. The show's writer likes it that way. He tells me of opening up for the Charlie Daniels Band in the deep south. Nothing goes over better than a Jew from Jew York.

Speaking of Jews, I finally found a copy of Lenny Bruce's How to Talk Dirty and Influence People, a book I hadn't seen in ages. In high school, I bought some tee shirt with Lenny's visage on it, spewing a stream of asterisk-denoted filth and for whatever reason, felt a sympathy for the man. Aside from routines like "How to Relax Your Colored Friends at Parties" ("That Bojangles, CHRIST, could he tapdance!") or a junkie movie producer who greenlights a project about the well-adjusted narcotics user and his family, I know little about Lenny's material, consumed instead with the biography that shades his humor, that anticipates certain doom, that suicidal dance through moral minefields (Christ, could Lenny tapdance) that finally caught up with him. At a Sonic Youth in-store, I had the band sign the shirt, effectively ruining said garment.

Every comic that walks in here has to be "on," and it must exact a great psychic toll to always have a response. At least it feels that way until someone stumbles in on the verge of tears, having just heard that a comic friend of hers committed suicide. We scramble to google this unknown name, realize we recognize the face. At least until a bullet was put through it in selfish despair. No matter how we want to halt the whole procession, to mourn, we're laughing a few hours later about a 12-foot Animatronic Jesus and buttfucking, our diaphragms clenched. And so passes another emotion.
Posted by beta at 7:39 PM