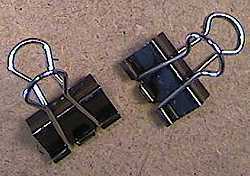 A last minute feature on Ben Chasny/ Six Organs of Admittance. The final quote has resounded with me recently, as I think and act upon my own art. While I often think of the work as being about preservation or setting into amber thoughts and experiences, perhaps it really is an exorcism, an extraction. What's the quote about letting out that which resides inside you so that you may live? And if it is not freed, then that same force will destroy you?
Posted by beta at 9:25 AM 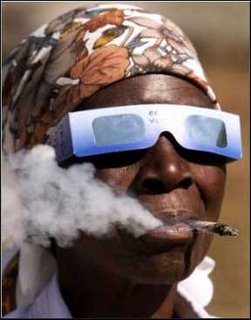 On The Congos and Friends, African Roots, and the Rhythm & Sound Remixes

On the Jamaica to Toronto compilation

When I was out in Portland, on a day touching 102 degrees, Mike McGonigal and I agreed that the only bearable music in such heat radiates from the isle of Jamaica: ska, rocksteady, dub, roots reggae. Now back in New York, I dust off the discs I have accrued for such dog days and spin them in the properly humid hell of Babylon, my face holding beads of sweat races. Somehow, my body heat is tempered, assuaged and cooled by discs like Barrington Levy’s criminally unreleased sessions with King Tubbys, Blackbeard's brain-melting dub sets like Strictly Dubwize and the absurd I Wah Dub, Junior Murvin's epochal Police & Thieves, the forthcoming Noel Ellis showcase that Light in the Attic is putting out, among innumerable others.

Funny how different the dub sounds when it does not emanate from the isle of Jamaica. Even as I argue about how dub music can suspend the spacetime continuum in the Stranger piece, you can immediately hear when the dub booms out from another locus. Sure, Wackies crumbling showcases make heads imagine what the Black Ark would sound like had it not burnt to a crisp, but that grit and soot, those cymbals like steam blasts, the percussion like steel wheels, those oily puddles of bass and snare could only come from a place as filthy as NYC. England's dubs, be it lovers rock or the whacked-out experimentation of On-U Sound's Adrian Sherwood and Dennis Bovell, are instantly identifiable with their Englishness, neatness, and crisp production techniques. No baking the tapes in the razor grass and cane or blowing marijuana across the oxide here, but maybe a splash of tea on it.

So the reggae of Toronto is particularly beguiling to hear now. It's hard to pinpoint, be it the unearthed scene that LITA is reissuing or else those saccharine strings that Studio One legend Jackie Mittoo glopped all over his joints (to reach out to Canuck heads like the MacKenzie Brothers), to understand what makes the sound so singular, but the dubs made by people like Oswald Creary and Jerry Brown are distinct. They got that gluey bass down, to where when Mittoo was doing a session up in London, he got on the horn to try and capture that bass sound that Brown could get at Summer Sound Studios. Yet the Canadian joints couldn't get airplay, to where, as Jerry Brown told me, they would write on the label "Made in Jamaica" so as to dupe the DJs into some spins. It certainly helped them break "Rockin' Universally." And yet the dubs are imbued with the quicker metabolism of northern big city life; biorhythms move quicker, something that the dub can't help but to catch in its stickiness.
Posted by beta at 7:52 AM

On the Beta radio yesterday, driving to the house of god:

Nelly Furtado "I'm Loose"
This is some crazy on-air joint from a 6CD set of every take on what would be shoved down our goddamned throats in '06 as the summertime jam "Promiscuous." On the original, Furtado mewls the Iggster's original words about riding along on a big fat weenie that's slick and greasy. Fuck, I'm sick of this mash-up. I may as well listen to it 30 times in a row on one CD, as that's what it's like on the dial.

Whatever that Cam'ron and Lil' Wayne joint is where they hang like scarecrows geting some brain. Rote and phoned in, but whatevs.

Supertramp "The Logical Song"
The co-pilot gushes aloud about what the hell happened to Supertramp. "I was just talking about them at my buddy's barbeque last weekend." He swears they were "so huge" back when. "And wait, this is the best part." He cranks up the volume as the wonky sax part kicks in, suddenly realizing I'm in a van full of rockists. But I wait for it and then there it is: these bizarre bleeps right in the middle of the brass wailing. "It's the sound of one of those Collecovision football games," he tells me. I want to make it my ringtone.

Roberta Flack and Donny Hathaway
It's what the God listens to.

The best story R. Allah tells is a story about his mother being a singer, and his aunt, R. Brown. He would watch her get ready for a show at the Cotton Club, sewing up her gown and placing sequins on it and her shoes. "I'd just be eating Slim Jims watching her prepare. You'd have never known she was about to go perform, just cool as a cucumber. "

New York Dolls "Personality Crisis"
Almost swerve off the road into a pine tree when I hear the New York Dolls on rock radio. Admire how ragged and rasped Buster Pointdexter sounded back then before his sex change, as both the band and my vehicle careen around in high hills. S/He sounded ancient back then, which explains how this also fits in with the whole Harry Smith project as well. And then the thirty-year-old fishnets shred and I realize that the Dolls are live in the studio tearing into it. I really shouldn't be behind the wheel now. The on-air personality gushes that you can hear that the Dolls are "just having fun up there."
Posted by beta at 7:46 PM

Since these thingys are worth a thousand words, it means it should make up for weeks of lame updates, I reckon (as well as showing off the new camera I had to buy on vacation): 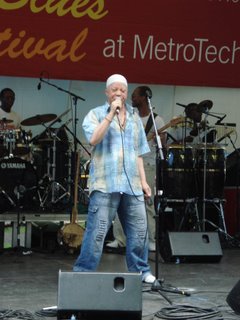 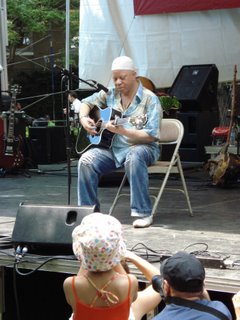 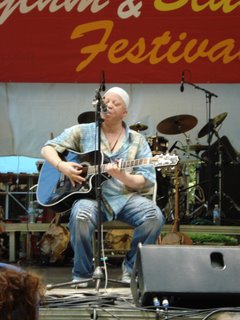 Salif Keita at Brooklyn Metrotech, delivering an exquisite set of Malinese classics for all the grandmothers, little kids, this one mother rubbing her pregnant belly in tune to the beatific beat, and the baldheaded freaks in attendance. 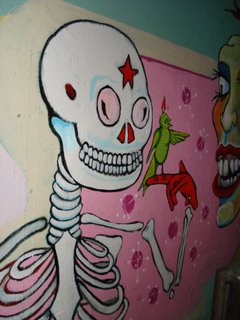 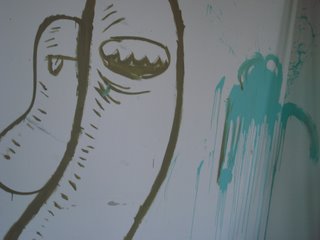 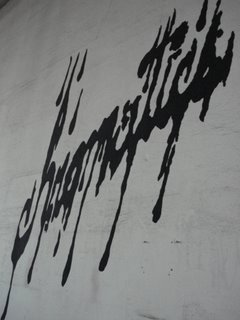 Paintings at the Disjecta loft space in Portland, Oregon. It will be the site for the Mike McGonigal-curated Halleluwah Fest come early September, featuring Vashti Bunyan, Sir Richard Bisop, Deerhoof, and others. Should be sweet. 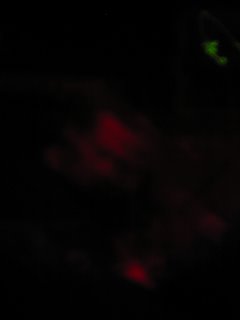 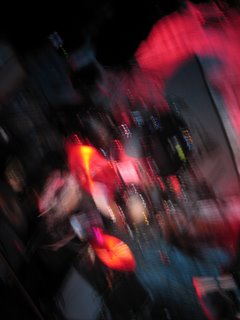 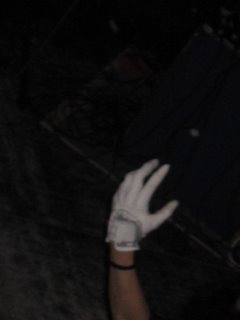 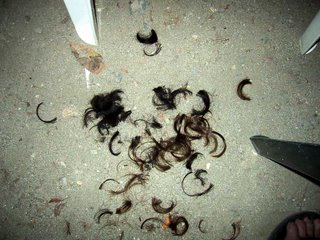 Ugh, I know, I know, this really has just been turning into a 'clips' site for the past few weeks, hasn't it? 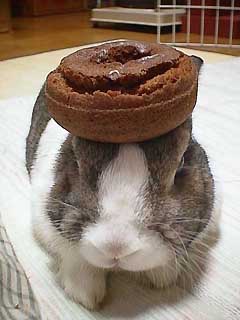 Since music critics pondering food is all the rage, I decided to take a taste myself:

on Doughnuts in Seattle

on Doughnuts in Portland

on Japanese candy
Posted by beta at 8:02 AM